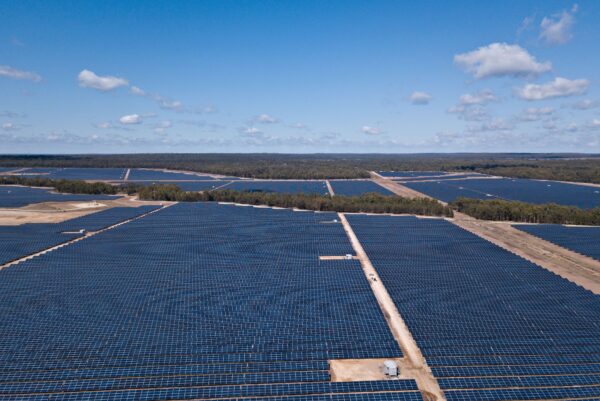 The investment expands a previous Queensland Renewable Energy Fund of $ 500 million and will go into emission reduction projects – part of a plan to generate 50 percent of its energy from renewable sources by 2030 and net-zero by 2050.

“I really believe that there is no other place in the world that is as well positioned as Queensland to be a leader in hydrogen, critical energy minerals and renewable energy production,” said Palaszczuk in a statement.

Palaszczuk said the investment would include developing QLD’s hydrogen infrastructure to reduce emissions in the transportation sector – as well as exporting the state’s energy through the production of renewable hydrogen that can then be shipped worldwide.

Queensland Premier Annastacia Palaszczuk speaks at a press conference at the Houses of Parliament in Brisbane, Australia on April 01, 2021. (Photo by Jono Searle / Getty Images)

The QLD government had announced this week that it had secured the site for a proposed 3 gigawatt hydrogen export facility that is working with Japan on its development and potentially supporting up to 5,000 jobs.

The fund will also help develop wind and solar park projects and support state-owned companies to expand their involvement in renewable energy generation and battery storage.

Most importantly, Palaszczuk stressed that part of the spending would support local jobs through local mining and the manufacture of wind turbines, solar panels and batteries.

“I want hydrogen electrolysers to be built on site and wind turbines and solar panels to be installed on site, because that means local jobs.”

Queensland has a large number of finite, non-renewable mineral reserves that are required for the production of various emission reduction technologies.

These include cobalt, copper, scandium and nickel for electric vehicles; Vanadium and aluminum oxide for batteries; Bauxite, aluminum and high purity quartz for solar panels.

Palaszczuk said her government had already increased renewable energy generation from 7 to 20 percent with $ 9.9 billion and created over 5,100 megawatts of electricity generation, more than forty wind and solar parks and 7,000 construction jobs.

Queensland’s power grid had previously suffered severe damage following a fire in one of the state’s coal-fired power plants, resulting in a Power outages 400,000 households were affected.

The grid’s energy needs were restored after gas-fired power plants were ramped up in South Australia to make up for the energy shortage.